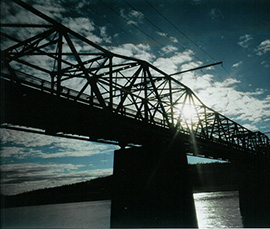 There are popular Canadian charities that focus on fundraising, research, and advocacy in different areas, including disaster response, social services, cancer treatment, disease prevention, and a lot more. Among them are the Salvation Army, World Vision Canada, Plan Canada, the Canadian Cancer Society, and more.

The Salvation Army in Canada offers emergency disaster services and emergency shelters, feeding programs and food banks, palliative and long-term care, as well as rehabilitation programs for persons with addictions. In addition, the Salvation Army organizes and supports school nutrition programs, kids’ camps and after-school programs, and classes that focus on anger management, home cooking, budgeting, and more. The Emergency Disaster Services Program aims to provide a number of services such as emergency communication, reconstruction, financial assistance, and food. Other components of the program include reception center support, crisis intervention, and emotional care.

Plan Canada is part of an international relief organization with a focus on disaster management and international development. А non-for-profit organization, Plan Canada supports learning and education programs, health care initiatives for mothers, young girls, and children, and water sanitation programs. The goal is to facilitate access to sanitary facilities and conditions and drinking water during disaster and emergency situations. Plan Canada also works to ensure better child protection through a number of initiatives aimed at child marriage, genital cutting, corporal punishment, child trafficking, and violence against children. Economic security is also an important issue and a serious problem in many regions around the world. Plan Canada works to help local communities become more sustainable and able cope in times of hardship and disaster. Other focus areas include child participation, emergencies, teen pregnancy, and more.

A popular charity in Canada, the Red Cross is a national arm of the international organization which offers assistance to vulnerable populations and communities at risk. A humanitarian organization, the Canadian Red Cross offers disaster and emergency response services as well as first aid and safety training. Different programs are available, including the Health Equipment Loan Program, community support services, refugee and migrant services, home care services, and others. The Red Cross works across multiple focus areas such as abuse, bullying, and violence prevention, emergency and disaster relief, and community support. Community support services include transportation, supportive housing, and attendant services to improve the quality of life of persons with disabilities. Migrant and refugee services aim to offer assistance to newcomers to Canada who are particularly vulnerable. Focus areas include the rights of immigrants, disaster preparedness, first aid training, and detention monitoring.

There are a number of charities in Canada worth mentioning, including the Princess Margaret Cancer Foundation, Heart and Stroke Foundation, World Vision Canada, United Way Toronto and York Region, and many others. Some charities focus on environmental issues, for example, Nature Conservancy of Canada and Habitat for Humanity Canada. Others focus on health services, for instance, the Canadian Diabetes Association, BC Cancer Foundation, and Kidney Foundation of Canada. Still others work in the area of international development, examples being the Canadian Unicef Committee, the Canadian arm of Amnesty International, and Doctors without Borders Canada. Many organizations offer social services, including Mothers against Drunk Driving, Covenant House Toronto, and Tim Horton Childrens Foundation, among others.

The wildfire in the area of Fort McMurray began in 2016 and became a huge disaster due to strong wind, high temperatures, and low humidity. The wildfire destroyed some 2,400 residential units and other buildings, and more than 88,000 people were evacuated and forced to leave their homes. Contamination was also a major problem which made many properties unsafe for an extended period of time. The wildfire caused two explosions and large-scale damage worth $9.5 billion in indirect and direct costs and close to $3.6 billion in insured damages. This makes Fort McMurray wildfire the costliest catastrophe that ever happened in Canada.

The wildfire was declared an emergency and evacuations took place in a total of 12 neighborhoods at first. Reports show that several communities were evacuated afterwards, among which Fort McMurray First Nation, Gregoire Lake Estates, Anzac, and Fort McMurray. Fortunately, there were no incidents, injuries, and fatalities, except for two people who were killed as a result of collision. One of them was the daughter of a firefighter. In a large-scale effort to overcome the disaster, 14 air tankers, 15 helicopters, and other types of equipment were used to try to keep the fire under control. Some 500 firefighters were fighting the fire on May, 8 but new fires started across Alberta, with some being out of control. More than 220 pieces of equipment, 150 helicopters, and some 28 air tankers were deployed in an effort to extinguish the fire. A provincial state of emergency was declared in Alberta as the fire spread and burned more than 100,000 hectares and continued to spread further. Additional 85,000 hectares were burned and thousands of people were evacuated because their homes were either destroyed or unsafe. To help extinguish the fire, some 22 air tankers, 138 pieces of equipment, 45 helicopters, and 1,100 firefighters and personnel were deployed across the province. Unfortunately, the conditions were extreme and the situation went out of control in different areas, causing more evacuations in Fort MacKay. In just a couple of days' time, the fire reached the oil sands in the area of Fort MacKay, and some 8,000 workers and employees were evacuated from the site. The fire continued to spread and grow to burn 504,000 hectares as of May 16. Fortunately, weather conditions became more favorable by mid-June and thanks to lower temperatures, rain, and humidity, Fort McMurray wildfire was contained to a large extent. While the fire was not completely contained and extinguished by the beginning of 2017, the situation was under control.

Many communities were affected, among which Saprae Creek, North Parsons, Grayling Terrace, Beacon Hill, and Walnut Crescent. Different structures and units were burnt down and lost, including schools, residential homes, trailers and trailer parks, hotels, and others.

International Aid and Donations by NGOs and Government

The governments of countries such as the Republic of China, Russia, the Palestinian Authority, and Israel offered aid and assistance to help contain the fire. While the offer was turned down, evacuees received donations through Canadian and local non-for-profits and the governments of different countries.